Full Name
Dr. William Scherlis
Job Title
Director, Information Innovation Office (I2O)
Company
DARPA
Speaker Bio
Dr. William Scherlis assumed the role of office director for DARPA’s Information Innovation Office (I2O) in September 2019. In this role he leads program managers in the development of programs, technologies, and capabilities to ensure information advantage for the United States and its allies, and coordinates this work across the Department of Defense and U.S. government.

Scherlis joined DARPA from Carnegie Mellon University (CMU), where he is a professor of computer science. He served for 12 years as director of CMU's Institute for Software Research (ISR), overseeing research and educational programs related to software development, cybersecurity, privacy engineering, Internet of Things, network analysis, mobility, systems assurance, and other topics. During 2012 and early 2013 he was the acting chief technology officer for the Software Engineering Institute, a Department of Defense FFRDC at CMU.

Earlier in his career, Scherlis served as a program manager and later in the Senior Executive Service at DARPA, developing programs in areas such as software technology, computer security, and information infrastructure. At DARPA, he also participated in the initiation of the High Performance Computing and Communications (HPCC) program (now NITRD) and in defining the concept for CERT-like security organizations, hundreds of which now operate in more than 90 countries.

Scherlis has led multiple national studies including the National Research Council study committee that produced the report “Critical Code: Software Producibility for Defense” in 2010. He also served multiple terms as a member of DARPA’s Information Science and Technology Study Group. He has been an advisor to major technology firms, defense companies, and venture investors, and has served as program chair for a number of technical conferences including the ACM Foundations of Software Engineering Symposium and the ACM Symposium on Partial Evaluation and Program Manipulation. He is a fellow of the IEEE and a Lifetime National Associate of the National Academy of Sciences.

Scherlis joined the CMU faculty after completing an undergraduate degree in applied mathematics at Harvard University, a year in the Department of Artificial Intelligence at the University of Edinburgh as a John Knox Fellow, and a doctorate program in computer science at Stanford University. His personal research relates to software assurance, cybersecurity, software analysis, and assured safe concurrency.
Speaking At
From automation to AI: Developing the next big thing in cyber 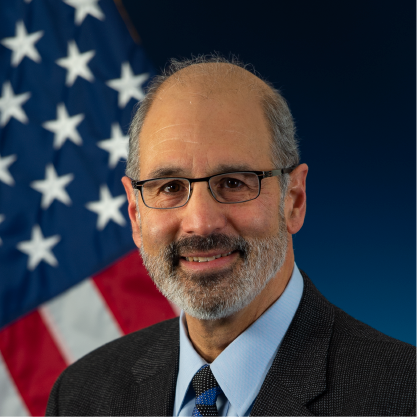